The sword wielding samurai as seen in the many Akira Kurosawa movies is a one of the most prominent images of Japan. Although the days of these great warriors have long gone, the sprint of the sword has not and the practice of “Iaido” (the art of drawing, cutting and sheathing of the sword) is still alive and well. On the battlefields of medieval Japan, samurai were used to fighting in wide open spaces. However, when it came down to close-quarters combat, the ability to swiftly draw one’s sword and attack was essential. The lethal sharpness of the Japanese sword meant that fights could end an instant with one lighting quick strike so wasted motion or movements could be the difference between life and death.

Masato Tabata (24), a native of Kumamoto prefecture in southern Japan, has been studying martial arts since he was 3 years old. He practices the way of the samurai “Ken-Zen-Sho (Sword-Zen-Calligraphy); This combination gives one balance in life” says the handsome young man in formal kimono and hakama (split skirt).

Tabata prepares for his demonstration, beginning with a formal bow. Without warning, he draws his sword in the blink of an eye, and with three precise 45 degree angled swooshes, his enemy (represented by a rolled up tatami mat) lay in pieces on the ground in front of him. Then, as fluid as his draw, he sheathes his razor sharp sword without  breaking concentration. When asked what is going on in his head during the ritual Tababta says” I do not think of anything, it is important to clear you mind just like you you do in zen mediation.”

He started his business “Waraku Kyoto Samurai Experience,” to offer visitors to Japan a chance to feel the samurai spirit of the sword and zen. He begins by teaches his guests proper etiquette while handling a sword by letting them practice with a wooden “bokken” sword. After Tabata is satisfied, they are allowed to use a real “katana” sword. Most are surprised at the weight of the real sword (approx. 1.8 kg) and are not successful at the first few attempts. However, success is not important. A zen meditation session with the periodic calm ringing of a steel bowls follows to calm the body and mind, a technique he learned from Tibetan Buddhism. Once everyone is relaxed and their minds clear, Tabata brings them back from their thoughtlessness with the soothing sound of the Shakuhachi (vertical bamboo flute). Tabata’s younger sister Rino then presents guests with a cup of green tea to end the session.

Tabata offers a trues “Samurai Experience” in a 250 years old former samurai residence located in the middle of Kyoto. His offering have expanded to Noh drama performances by lantern light, sushi-cutting performance, and koto/shakuhachi  performances.

Group or private sessions can booked. 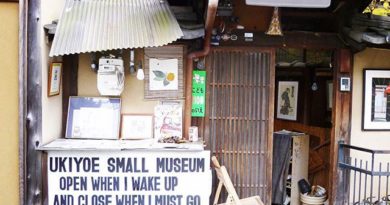 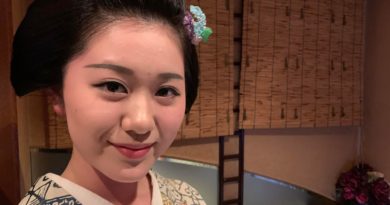 A Glimpse Inside Kyoto’s Floating World 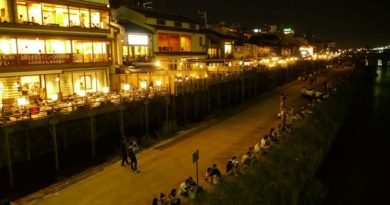 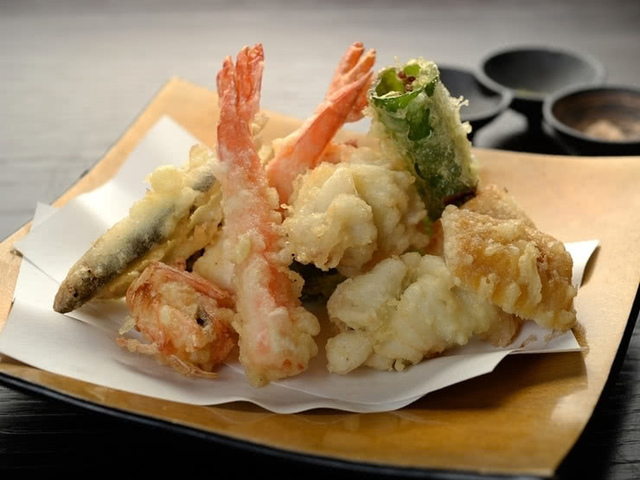