One of the famous features of Kyoto is the summertime “Nouryou Yuka” verandas at restaurants and bars along the Kamo River. There is nothing particularly ornate about most of the wooden platforms, and it IS still hot out there despite the breeze, but there is something civilized and genteel, a sense of refinement, about dining on the yuka. The sense of refinement is one of the things people from all over Japan admire about Kyoto.

The yuka are erected at the beginning of May, and come down at the end of September and are stored away for the next year. There are about 100 of them.

Interrupted only by war and natural disasters, Kyoto-ites have maintained this seasonal tradition so that residents and visitors can still enjoy this atmosphere of beauty in the otherwise stifling heat and humidity of summer in Kyoto. Will the pandemic of 2020 put this tradition on hold? We will see.

In the early to mid 1600s, a culture of bawdy dance entertainment flourished along the banks of the Kamo River, called the Kamogawara area. The river was not excavated at that time, nor were there any levees, so flooding was common. Therefore, the riverside was a kind of slum area.

1703  A huge fire  called Rakuchu Taika ravaged Kyoto, leading to a temporary decline in the culture of Kyoto during recovery.

1751-1763  Having recovered from the big fire, the Shijogawara area became lively again, and this era is considered one of its high points.

Meiji Era A custom of erecting the yuka from July until August became established.

1877 Low yuka platforms were built on the eastern banks of the Kamo south of Shijo bridge.

1935 A severe flood hit Kyoto and all the yuka were washed away.

1942 During World War 2, lighting was restricted and erecting yuka was prohibited. 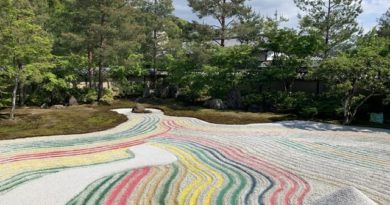 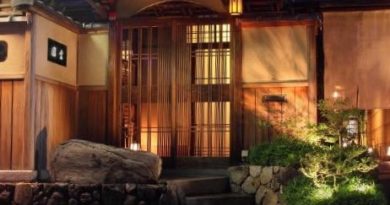